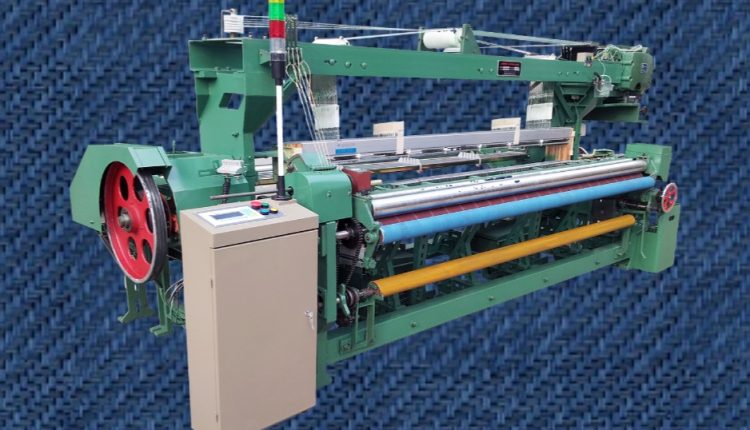 What Is A Rapier Loom?

A rapier loom is a shuttle-less weaving loom whose filling yarn is carried through the warp yarns’ shed to the loom’s other side by fingerlike carriers known as rapiers.

Rapier looms come in two types, whereby one type has two small rapiers on either side. The filling yarn is carried by one rapier to the shed halfway and then taken across the rapier by the other rapier. Another type of rapier loom has a single long rapier that functions like the loom with the two small rapiers.

Typically, the various rapier loom manufacturers are asked many questions by their customers regarding the rapier rooms. Therefore, this article will compile the Frequently Asked Questions about rapier looms.

How Do You Configure The Rapier Loom’s Shed Opening And Weft Insertion Time?

The weft insertion time of a rapier loom refers to when both the weft-sending and receiving grippers enter the shed, and it is usually fixed. The fabric’s properties and the shed’s clarity determine the opening time. Plain weave fabrics should ideally be configured with an early shedding which is conducive to weft beating to reduce the fell movement of the cloth and improve its quality. Late shedding can be configured in twill and jacquard fabrics to enhance their appearance and minimize breakage rates.

How Does The Shed Opening Time Affect The Fabric’s Quality?

An early opening time is usually associated with precise shedding and fewer weaving defects. However, the early shedding results in an early closing, causing the rapier to squeeze the warp severely; thus, the edge warp loosens quickly. Similarly, a late shedding time results in a poor shed, thus causing some defects at the fabric’s edge.

How Do You Set The Small Heald Frame’s Leveling Time For The Waste Selvage?

This leveling time is usually 25° to 30°, earlier than the plain weave’s leveling time. This ensures that the weft is well gripped before the rapier loom releases the gripper, thus eliminating the weft shrinkage.

How Is The Cutting Time Of The Rapier Loom Impacted At Weft Insertion?

How Do The Floating And Ordinary Guide Hooks Impact Weaving?

The ordinary guide hook comprises the gripper head, gripper tape, and the lower warp sheet, all prone to friction. In addition, if you are weaving colored fabrics, the horizontal direction color’s hairiness will increase, thus affecting the loom’s efficiency and the fabric’s quality.

The floating guide hook is sometimes referred to as the free flight weft insertion. It is where the gripper belt and head lie across the shed’s overhead. It is usually associated with reduced friction in the warp yarn; thus, there will be relatively less warp breakage. As a result, the cloth’s surface will not fluff easily, and the hairiness of the horizontal color will also be less.